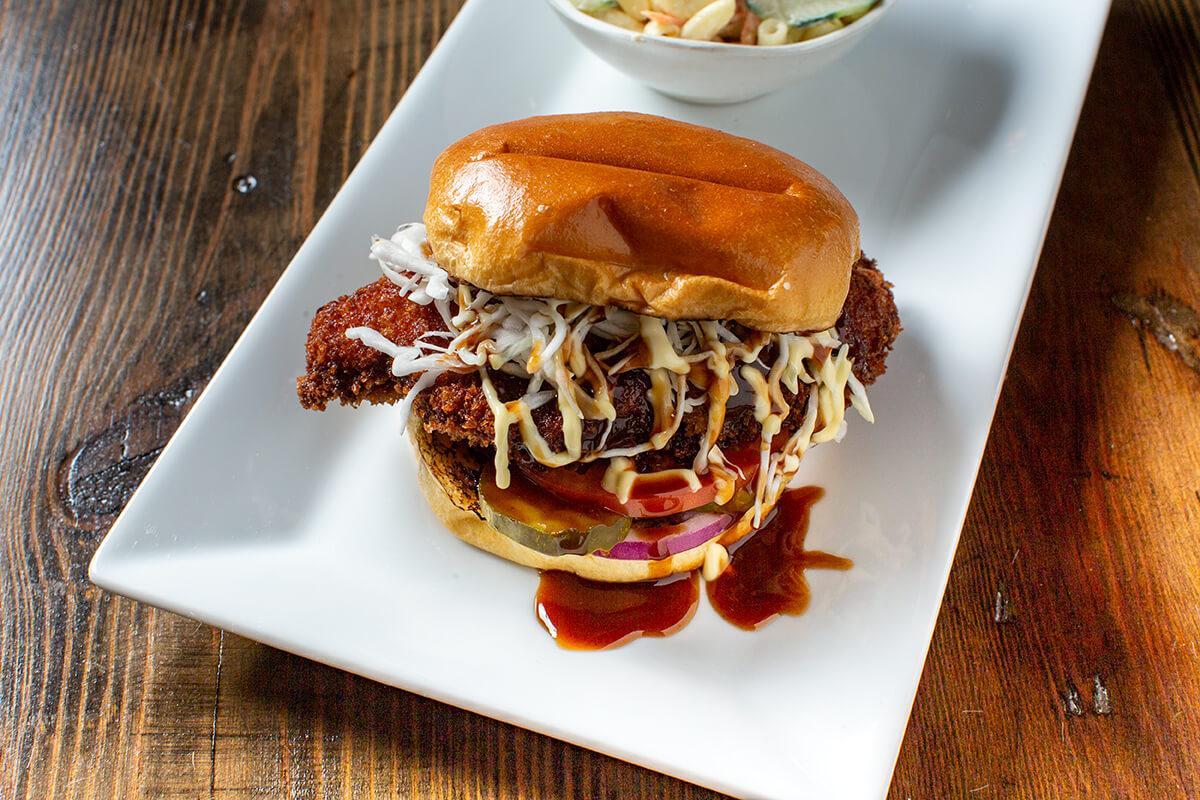 The deep-fried Japanese sandwich craze is coming to Virginia Beach

It probably doesn’t feel like it from here, but katsu sandwiches are taking over America.

Or, at the very least, Japanese “katsu sandos” have become a dominant force on foodie Instagram, filling social media accounts with iteration after iteration of a nearly identical picture: a cross-section of schnitzel-like fried pork or beef between two delicate slices of crustless bread.

As early as April, Oishii Burger will serve serve katsu-style burgers and rice bowls out of a strip mall at 4402 Princess Anne Road, at a former Volcano Sushi restaurant.

While his father was stationed in southern Japan, Oishii Burger partner and self-described “Navy brat” Paolo Vergara fell in love with the katsu sando served at countless mini-marts there.

Katsu — the Japanese word for cutlet — is a fried, breaded meat invented in the early 20th century as a tribute to the schnitzel. The modern katsu sandwich is topped with cabbage, sweet Japanese Kewpie mayo, and a plummy soy-based tonkatsu sauce.

Vergara might have left the love affair behind in Japan if he hadn’t taken a trip to Seattle and seen the success of the wildly popular Katsu Burger chain there, which has six locations serving deep-fried burgers.

“I fell in love with them again when I was out in Seattle … but I also saw that it was doable,” Vergara said.

Along with beef, pork, chicken and eggplant variations on the katsu sandwich, Oishii Burger will offer rice bowls with options like Japanese curry, miso-butter salmon and sliced ribeye in broth.

They plan to keep the menu simple, Vergara said, hovering around 12 to 15 items, and will serve only soda and tea until their liquor license comes through.

As for decor, Vergara and partner Andrew Stofan plan to update the former sushi-restaurant space to look like a very specific vision of exurban Japan.

“It’ll be like a Japanese burger bar on the outskirts of Tokyo with Japanese pop-art,” Vergara said. “Dark wood and light wood, a homey atmosphere but fun at the same time.”

This article was written by Matthew Korfhage, 757-446-2318,  matthew.korfhage@pilotonline.com

Oishii Burger brings a unique taste of Japanese American fusion food. We not only provides the freshest ingredients and a delicious menu, it also delivers an unparalleled experience brought by our team and comfortable atmosphere as soon as you arrive.